The largest public-private partnership for energy efficiency in South East Europe is now operational, with the energy retrofit of 48 public buildings in the City of Ljubljana officially completed. Handover of the buildings was done at the end of August. Among the buildings retrofitted were sports halls, elementary schools, kindergartens, administrative buildings, health centers and other public facilities. Measures implemented included the renovation of HVAC systems, the replacement of interior lighting with more energy-efficient equipment, the replacement of existing heating systems with systems that will exploit renewable energy sources, the replacement of windows and doors, the renovation of facades, the insulation of roofs.

All these measures will result in 8,245,534 kWh of energy savings annually, in addition to the 2,956 tons of CO2 emissions they will cut each year. The entire project is worth 14.9 million euros. Its completion was marked by ribbon-cutting events at sports center Kodeljevo and swimming pool Tivoli, with the mayor of Ljubljana in attendance as well as members of the local communities.

The project is a benchmark, being not only the largest public-private partnership ever signed in Slovenia in the field of energy services, but also in the region. It is in keeping with Ljubljana’s image of European Green Capital, and hopes are that it will serve to inspire other municipalities of the advantages and benefits of this business model.

An advantage of the public-private partnership model is that the City will benefit immediately from the savings and use them to repay the private partners over the 15-year contract period. Once the contract expires, the City of Ljubljana will enjoy the full benefits from the energy savings achieved. Resalta and Petrol will also provide management and maintenance of the equipment and systems installed as part of the energy retrofitting for the duration of the contract. With the consortium providing 51% of the funding, the EU Cohesion Fund, the Republic of Slovenia and the City of Ljubljana will provide the rest of the investment.

Given the success of the project, the City of Ljubljana has decided to undertake a second energy retrofit project to cover an additional 11 buildings in the municipality. The project will include buildings that were not part of the first retrofit: primary schools, kindergartens, sports centers and municipal buildings. The measures implemented will be similar to the first project, and include thermal envelope, HVAC systems and lighting renovations. Energy systems will be where possible replaced with renewable energy systems, and the project will also replace windows, doors and improve insulation, while also installing energy management systems and other tools for optimizing energy consumption.

The second City of Ljubljana energy retrofit project will result in annual energy savings of 2,260 MWh and reduce CO2 emissions by 459t each year.

The launch of the project was marked by a signing ceremony at Ljubljana Castle, as part of the Ljubljana Forum event. The consortium of Resalta and Petrol is once again partnering with the City of Ljubljana, this time joined by Javna Razsvetljava, which will take care of all the lighting systems renovations within the project. The total investment is 4.8 million euros, with contract duration set at 15 years, during which the consortium will take care of operations and maintenance.

Luka Komazec, Resalta CEO, commented: “We are immensely proud of the success and the completion of the first energy retrofit of the City of Ljubljana. As a company that operates throughout the region, we are well aware of the positive impact this will have in stimulating other municipalities to take similar steps towards energy efficiency. The fact that this type of project can be executed on such a large scale is proof that the public-private partnership model is highly adaptable and can be used to generate great savings, as well as improve the quality of life for inhabitants and building users. It is another great sign that the City of Ljubljana has seen the benefits immediately and decided to launch a second project right away.” 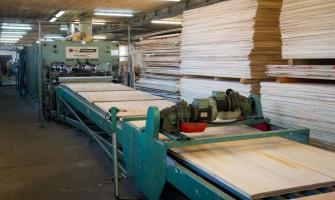 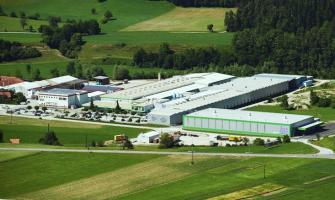 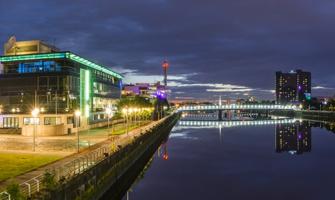